How it all started

Food has played an important role in my life for as long as I can remember.

When I was hopping around my parents' house as a toddler, I was surrounded by the scents of spices. My father was trading in herbs and spices and always toke home the freshest varieties. I was born and raised in Aleppo, the second city of Syria and one of the oldest cities in the world. The rich history of Aleppo is also reflected in the gastronomy. The kitchen has been the place where I feel most at home, since I fled because of the war and literally left everything behind. Here I forget my worries and the tensions involved in building a new life in another country. During cooking I imagine myself in the Aleppo before the war and I come back to life.

When I was in the AZC in Amsterdam, I was invited to celebrate New Year with two Dutch ladies, Liza and Jet, at home. I offered to prepare the food and that evening was the start of Zina's Kitchen. I got more and more cooking jobs and cooked from the kitchen of Liza and Jet. I also started to cook more often in the azc. Shortly after I was told that I could stay in the Netherlands on 1 June 2016, I registered with the Chamber of Commerce. Barely ten days after registering Zina's Kitchen, I received a request from the Prince Claus Fund to cook Syrian for an event of four hundred people. 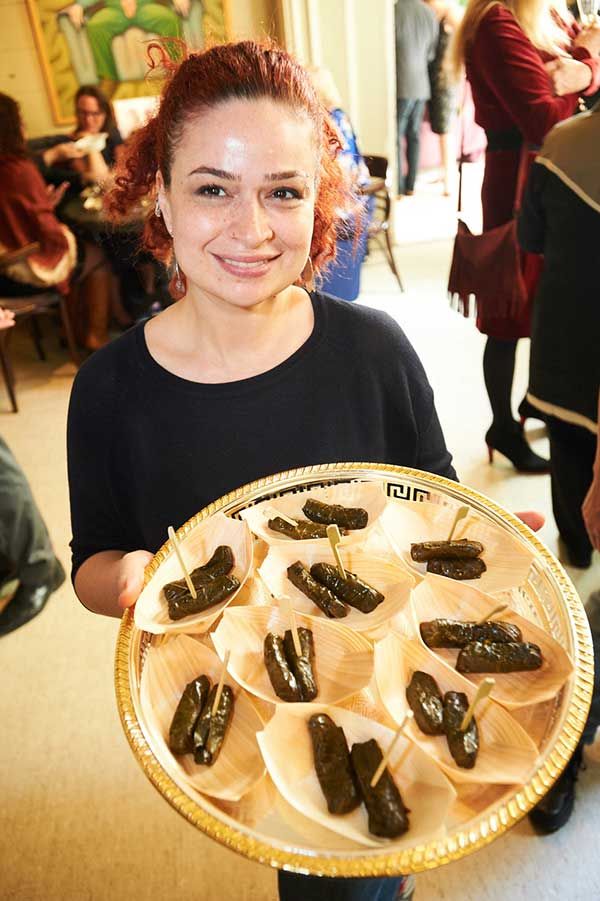 Occasions that I have cooked for

Companies like THNK School of Creative Leadership, the pharmaceutical company Abbvie, management consultancy firm McKinsey, the Tropenmuseum and the Melkweg are now part of my regular customers.

I also give cooking workshops, for example at Hema, the Municipality of Amsterdam and the NGO Human Right Watch.